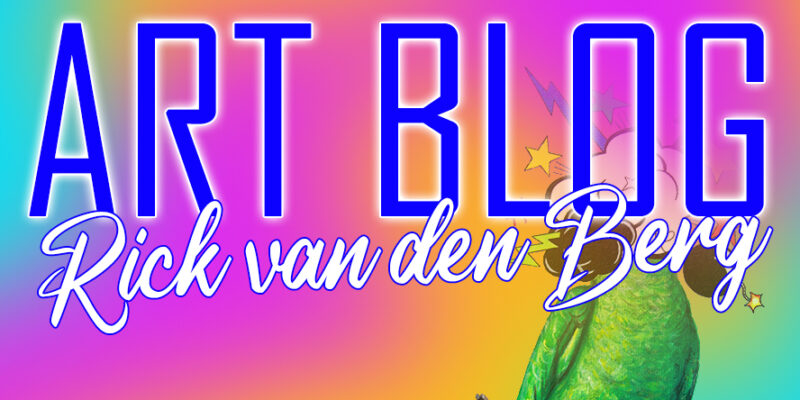 Origin of the series in a nutshell

I always thought birds were special, so I incorporated them into my art early on. Sometime in 2008 a teacher at the art academy turned 60. I decided to paint a bird separately, because he was (is) a great bird lover. This was followed by more canvases with birds on them. Initially the birds were still fairly carefully and classically depicted, later they increased in their strangeness.

Figuring out what you can make

Some birds already have such a beautiful or bizarre appearance that with some extra props or adjustments you can immediately transform it to a Strange Bird. That happened with “She’s A Maniac” for example, and “Voguel”. 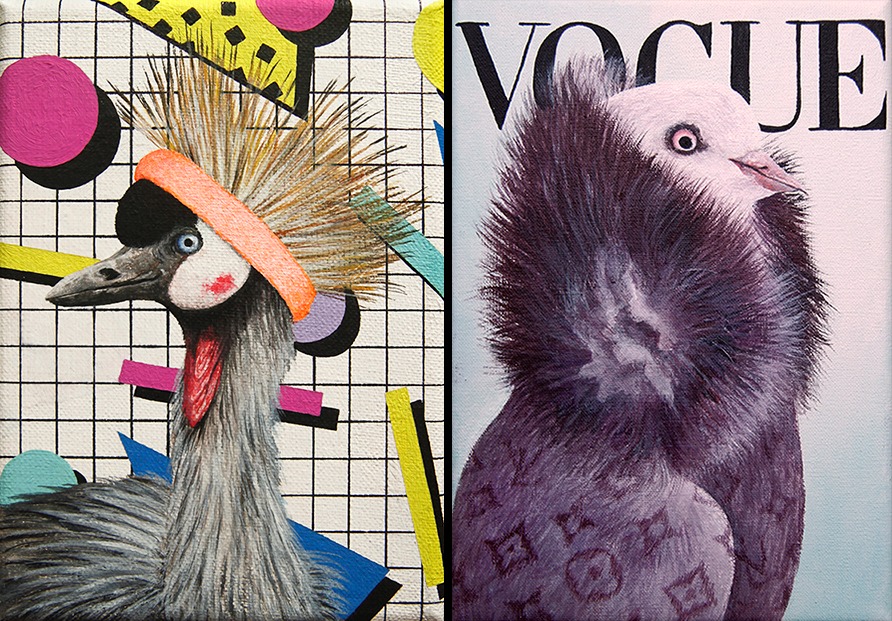 Sometimes the bird is the starting point, and other times an idea itself, with sometimes a playful title that strengthens the joke. Think of “Saturmus”, “Cock Block” and “Tea Bird”. 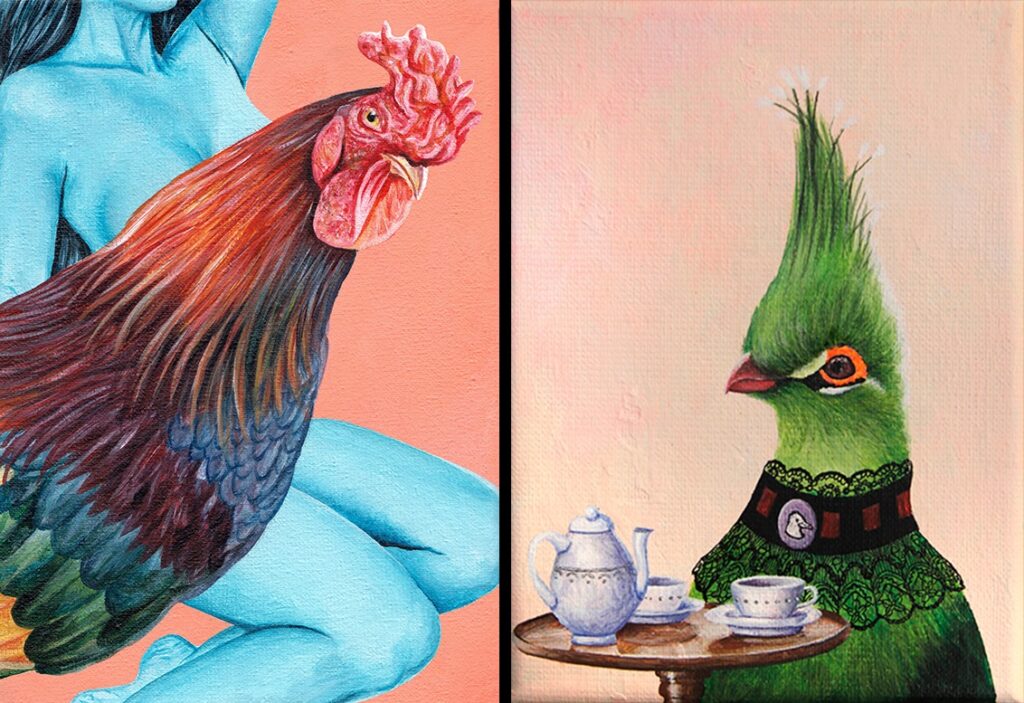 There were evenings where Veerle and I sat down and exchanged ideas. I immediately started sketching on the spot so that I could later work the ideas out. What can you do with birds? Well “Early Bird” then passes by, and a fat pigeon that has become a hamburger. Not all sketches became a canvas, but many did. 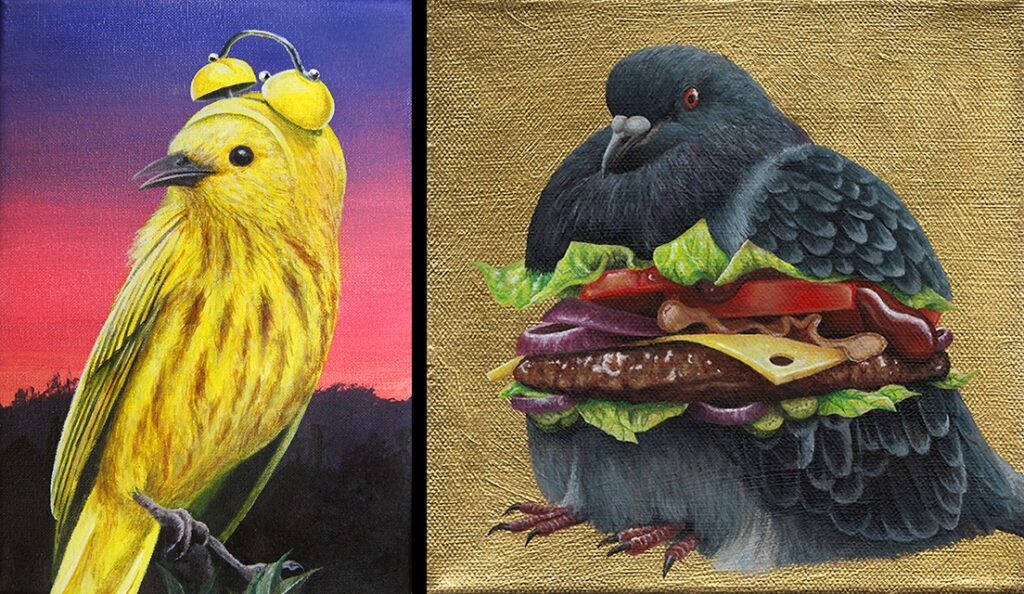 Books flying out the door

Over the years the birds became quite a series of canvases, many of which have been sold – sorry have flown out-. For me the small jokes and trips which the strange birds for me are, is a welcome distraction between the large complex canvases I usually make, And for the buyers a nice affordable small art work that hopefully always puts a smile on their face as they pass by it. In order for everyone to enjoy these works, I have put them all together in a book called Forty-Four Strange Birds.

For twenty euros you have forty-four in one fell swoop. Currently, many books have already flown out the door, but there are still quite a few for sale. If you are interested you can buy these in our shop!