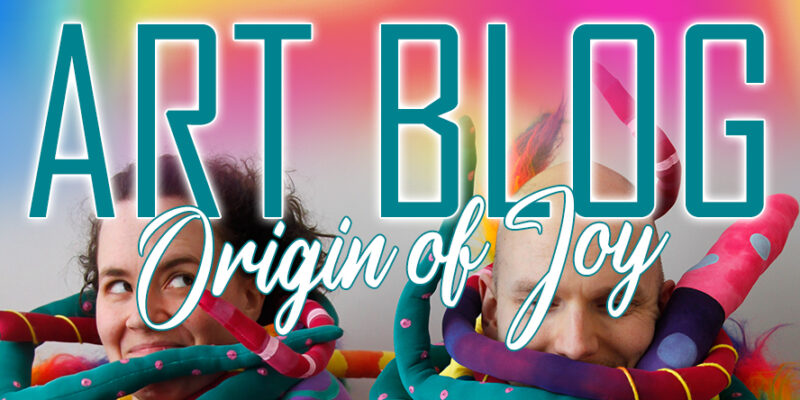 We met each other early 2009 at the academy of fine arts, our relationship became serious pretty fast. In august Rick asked Veerle to move in with him. She said yes, although it was rather fast for a couple that was just starting to get to know each other. The house was pretty tiny only Rick had a studio, Veerle worked in the living room. So shortly after they had moved in together they moved to a larger house, where they both had their own studio.

Rick picked up painting again, which he is still doing untill this day, with passion. Veerle started to add new skills like; photographing, painting, and sculpting. Though, her love for working with fabrics always remained. So when we decided to team up to make an artwork it was no surprise we chose to combine paint and fabrics. What was a surprise though, how well it combined together. The first work wasn’t even close to what it would later become, but inspiring enough for further experimentation. The collaboration became a vividly coloured series of paintings and sculptures. Because of the main theme, conveying positive energy, we called this body of work Origin of Joy.

Each of us is constantly improving our skills, and over time we have made a lot of individual works. At the moment (summer of 2018) Veerle focuses primarily on her first love; crafting highly detailed sculptures where she combines her interest in nature and anatomy. Each of her works are little biosphere’s where the spectator can wander and wonder. Rick still mainly paints. His detailed works include natural elements, hidden symbolism, abstract forms, and human bodies. Often with references to classical works.

Our love for nature is a strong theme in our artworks. Therefore, we try to spare the environment where ever we can. Most of our furniture, clothing, etc. is bought secondhand. We are childless by choice, after debating it consciously for years – fortunately we never completely grew up and we have tons of fun together. Food wise we also consider the impact on both nature and ourselves. That’s why Veerle started to grow as much as possible in our garden. The piece of land where there are no eatable plants is used for a floral overdose to help out all kinds of insects. It will become an inspiration for our future works, and hopefully the many visitors we welcome in our living room gallery.

Have a colourful day,

How do you come up with these ideas?
Polly Pocket Inspiration
Strange Birds
Evolution of Rick’s Art 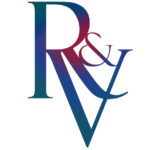